Often you hear the saying “My kid could do that,” spoken about artwork in an abstract style. In recent years I have created a body of work called the Sarah Series, a series of artworks I began as a foray into the bold, direct manner of abstract expressionism.

Actually, the series was inspired by calligraphic drawings my daughter, Sarah, has been doing for years. She began doing these when she learned to read and began to emulate cursive writing. She has filled numerous notebooks with them and can spend hours drawing an eloquent, rhythmic line that dances across her pages.

I am attracted to the metaphoric associations of her calligraphic drawings to words, just as words become transformed into visual images as one reads a script. Words are powerful, and in art it is how a message is communicated that makes it art. The gesture of a mark, the measure of a line, the undulating shapes and patterns created by a line intrigue me.

Though I am attracted to the character of the calligraphy itself, or the way a story is told, many of my works inevitably go beyond the mere fascination of the mark and become more narrative, with representations of images in the same way associations are made from words.

Of course the greatest meaning to me is the fact that my kid does do this kind of art. Frankly, I think she does it better than I do. 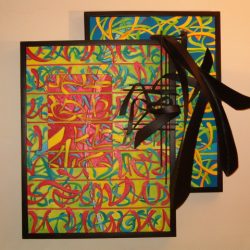 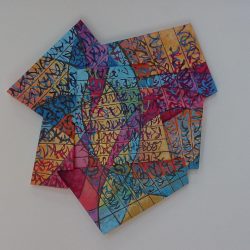 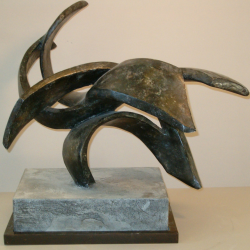 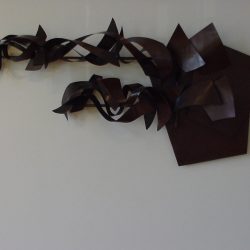 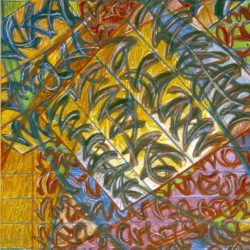 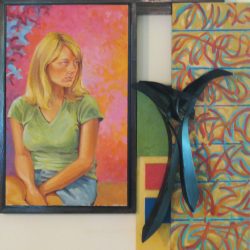 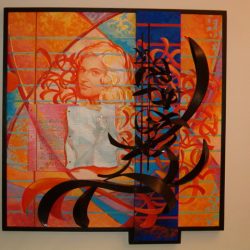 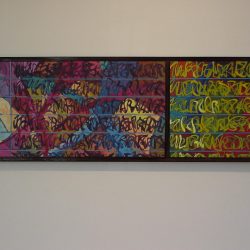 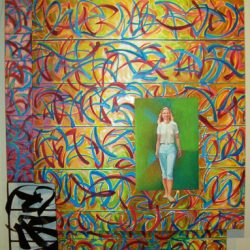 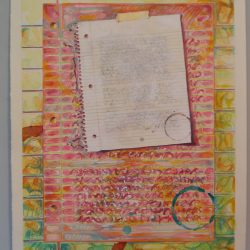 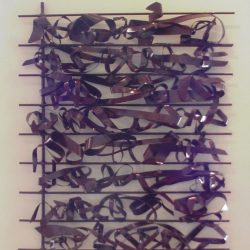 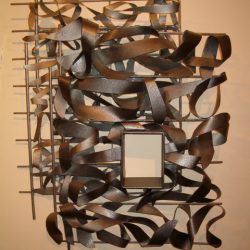 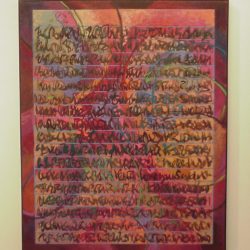 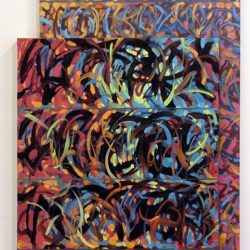